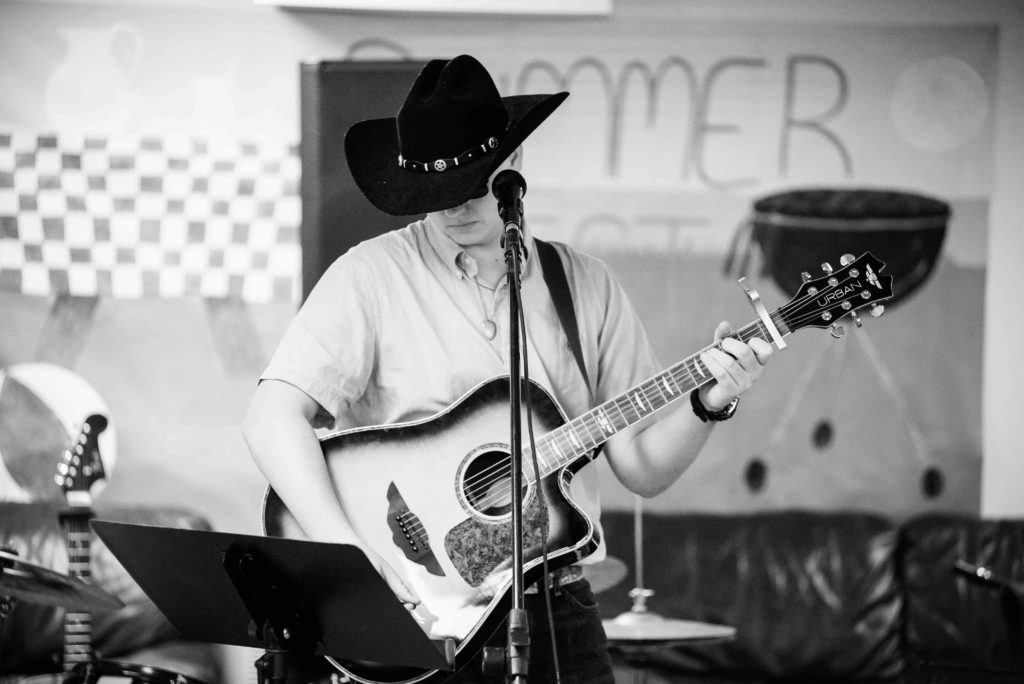 New Hope Academy held its annual SummerFest at its Yardley campus on Thursday, August 9th, 2018. SummerFest traditionally features the students who are involved in the Extended School Year (ESY) program. The show opened with a version of Jethro Tull’s “Cup of Wonder,” performed by Joe Markley. Next was Julianna Ciarrocchi singing Panic at the Disco’s “This is Gospel.” Up next was Jordan Salerno performing “Boys Don’t Cry” by As It Is. Then came Grace Gomez singing “King Of Anything” by Sara Bareilles. Shi’aire Harris was up next, singing Shawn Mendez’’s hit, “Lost in Japan.” Following was Maddy Tumpowsky performing “Gimmie, Gimmie,” from the musical “Thoroughly Modern Millie.” Arsh Johri was next, singing “She Will Be Loved” by Maroon 5.

The acts continued with Ned Bess performing “The Kill” by 30 Seconds to Mars. Katie Romano entertained the audience with her rendition of “Far Over The Misty Mountain Cold,” written by Howard Shore. Anthony Martella brought some country to the fest with a toe-tapping performance of “Drowns the Whiskey” by Jason Aldean. Next up was Maddie Hamilton singing “Oceans” by Martin Garrix. Finally, Chris Martin brought the show home with his performance of the Neil Diamond classic, “Sweet Caroline.”

But the show wasn’t over yet! The incomparable Music Department, made up of Jenna Parrilla, Lindsay Groft, and Cameron Stahl, and accompanied by Tim Simmons, had a surprise performance finale up their sleeves, a jazzy version of AJR’s “Burn The House Down.” It was memorable day, both for the performers and the audience!

Watch all the performances here!