See the press release video in the Courier Times!

On March 22, 2016, New Hope Academy will have the great honor of hosting yet another former World Chess Champion. In 2011, five time Olympic chess champion Susan Polgar came to NHA to talk to the students about the relationship between the strategies of chess and our lives. This year, former World Champion and Grand Master Cristian Chirila will join the students of New Hope Academy, not only to play the sport he is known for with them, but to teach them how he has used chess to succeed in all different aspects of his life.

Chirila was crowned a National Chess Champion in his home country of Romania in 2000 when he was only nine years old.  He went on to win the World Championship title in the under 16 category. He is currently working toward a Bachelor’s Degree in International Political Economics at the University of Texas in Dallas (UTD) on a full chess scholarship, but chess has not stopped being a part of Chirila’s life. He continues to compete in chess tournaments all over the world, including the tournament in Philadelphia over Easter weekend, and he strives to make chess a more dynamic sport for people of all ages. Chess became a part of life for Chirila through which he was able to accomplish so much at such a young age.

During his stay at the Yardley school campus, Chirila will be bringing this inspirational message to the students of New Hope Academy. He not only will be giving a motivational speech on how the students can use chess as a tool to achieve success and  practice critical thinki 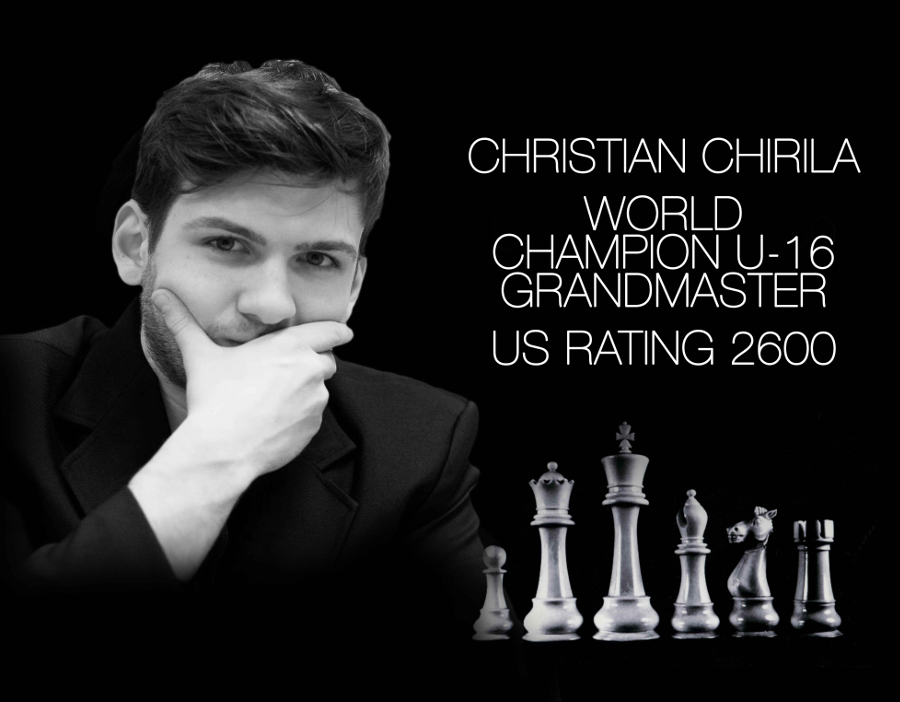 ng skills, but also will be putting his own chess skills to the test. The school plans on having Chirila compete in a few truly unique chess matches. In one, he will be blindfolded as he battles NHA’s own former state scholastic champion, while in another he will face roughly thirty of NHA’s best young chess enthusiasts. Finally, Chirila will face off against NHA’s own National Master, current PA State Quick champion, and fellow native Romanian, Bela Kis, in a three minute blitz match, which is the “Formula 1” of chess.

Kathleen Rosso-Gana, President and founder of New Hope Academy, Cristian Chirila, and Bela Kis extend an invitation to the press and to all who are interested to join us in what is sure to be a day of inspiration, intuition, and of course…chess!