“Act with passion and change the world,” wrote Kathleen Rosso-Gana in her farewell message to New Hope Academy’s graduating class of 2016. June 3, 2016, was a day that certainly changed the worlds of many, for that was the day NHA held its 15th commencement ceremony at the Sheraton Bucks County Hotel. The enthusiastic graduates smiled as they sat on a raised platform among their school administrators. Family, friends, undergraduate students, and teachers proudly watched from the audience. 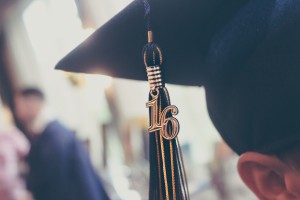 Songs performed by the NHA music department helped to make the ceremony a memorable one. Presentations included “God Bless America,” performed on the bagpipes by music teacher Cameron Stahl; “The Brim,” an original composition by music department chair Chris Cinalli; and “Rise Up,” performed by theater department chair Jenna Parrilla. Adding to the significance of the day was the artwork produced by the graduating seniors, which was displayed in the hotel lobby. Guests could admire the creativity of the class and the amazing demonstrations of self-expression. 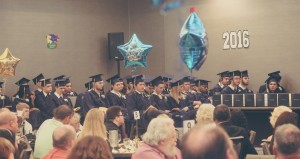 NHA’s graduation ceremonies are distinguished by the amount of graduates invited to speak. This ceremony featured two Valedictorians, one from each campus, as well as two Salutatorians and two Commencement Closers. Students spoke about the struggles and experiences which brought them to NHA, the successes which led them to this very memorable moment, and the hope they have for the future. This year’s keynote speaker was Brigadier General (ret.) Annette M. Deener, who spoke of the importance of reaching one’s potential.

President Kathleen Rosso Gana warmly addressed the class of 2016 before the big moment – the presentation of the diplomas. In an emotional moment, the graduates presented a gift to the school – two pictures of the graduating class, signed by each and every graduate; these pictures will proudly be displayed in each campus. Special recognition was given to NHA’s honored graduates, which is a distinct group of students who have been with the school for four or more years. Finally, the class of 2016 marched offstage to “Gonna Fly Now” (Theme from Rocky), inspired, excited, and ready to change the world. 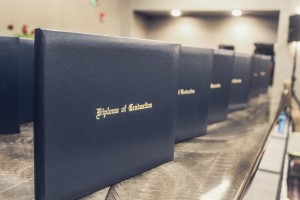 Head over to our photo gallery to see all the shots from the day!