New Hope Academy students and staff took a bite out of the Big Apple on Wednesday, December 9, for the annual field trip to New York City. After meeting at the Yardley campus bright and early at 7:00 am, everyone boarded two Starr buses and took to the open road. Our first stop was the Columbus Circle Holiday Market, located right outside of Central Park. There, everyone could walk around and shop at the kiosks, where vendors were selling items ranging from jewelry to t-shirts to Christmas tree ornaments. There were also some delicacies from which to choose, ranging from the always popular piping hot chocolate to truffles and crepes to authentic New York hot dogs. 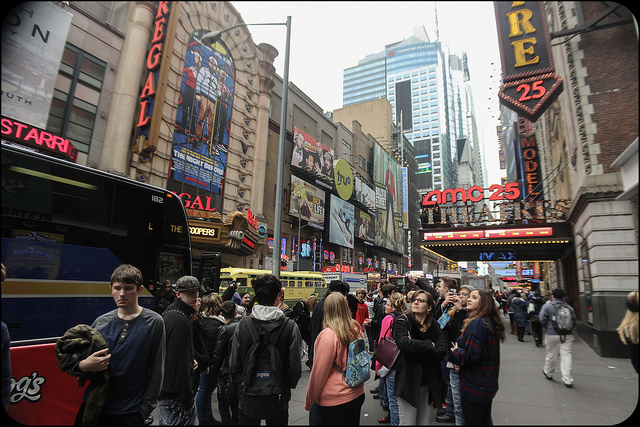 At 11:30, we re-boarded the buses and headed over to 42nd Street, where we ate lunch at Dave and Buster’s. After the meal, students had until 1:15 to play games at the enormous arcade. Then, it was time to head over to the legendary Radio City Music Hall on 50th Street for the day’s main attraction – a performance of the “Christmas Spectacular” featuring the world famous Rockettes! On the way, students ventured through Times Square, where they met some memorable characters and got a feel for the city’s hustle and bustle. As we entered the theater, we were immediately greeted by the magnificent centerpiece – the beautiful crystal chandelier. We ascended t
he grand staircase, found our seats, and the magic soon began! Some of the memorable musical numbers included the Dancing Santas, the Parade of the Wooden Soldiers, and a fun interpretation of “The Nutcracker.” The show ended with the amazing Living Nativity, which featured three camels, a donkey, and a herd of sheep! After the show, we all left the theater and headed down the street to Rockefeller Center, where we saw the famous Christmas tree, did some shopping, and got some dinner. Before we knew it, 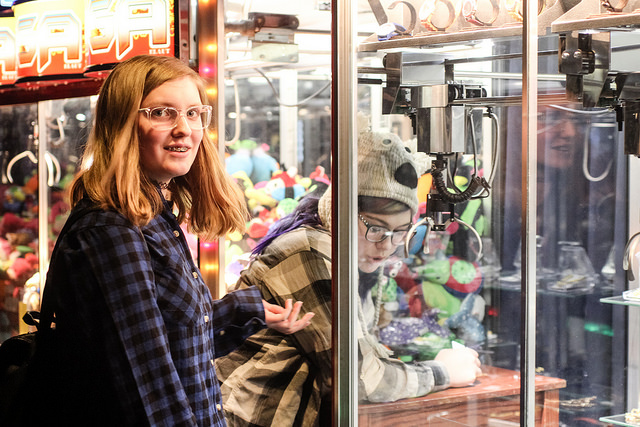 6:00pm arrived and it was time to board the buses for the trip home. It was once again a spectacular and successful trip, one that will be remembered by all!