On Friday, March 20th, New Hope Academy Drama Club had plans for a field trip. It started as a beautiful spring day … well, somewhat overcast, and the threat of snow was all over the media, but school was “on”, so the trip was “on!” 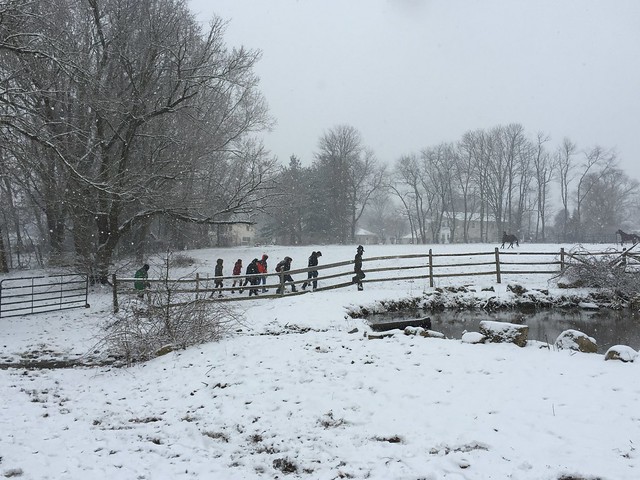 To celebrate our upcoming production of “The Sound of Music,” the actors and producers headed off campus to the home of local Bensalem country musician, Jody King, for a yodeling lesson. Jody has a rich history on stage, and in the studio, with some of the greatest entertainers in the music business, like Patsy Cline, Johnny Cash and Willie Nelson. 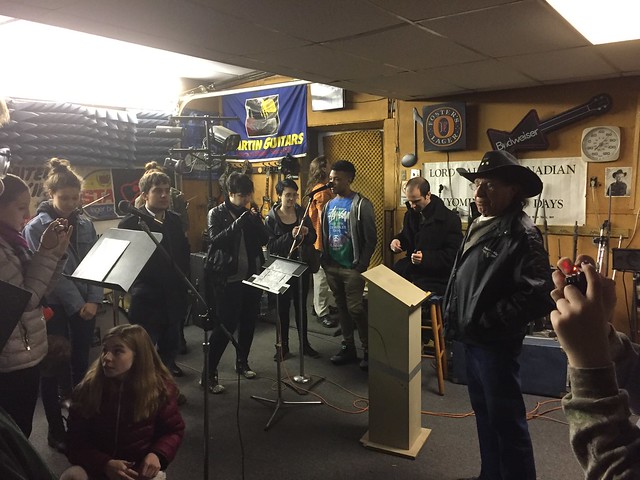 The students were entertained by his speed yodeling technique, and thrilled to watch his horses frolic in the snow. His stories of the road and early yodeling history were both amusing and educational … plus, he’s a charming old cowboy with a heart of gold, and a great friend to New Hope Academy. 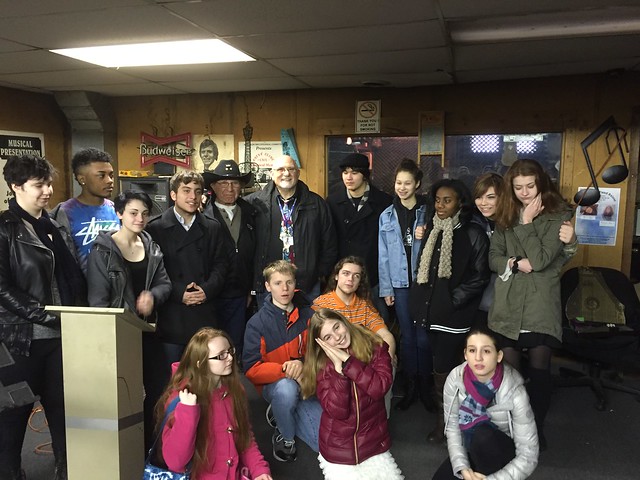 We then traveled a short distance to the shrine of Saint Katharine Drexel, where the cast learned about the real life vocation of the Catholic sisters, how they lived, and how the Von Trapp Family visited the convent over the years, and sang for the sisters.

Our hosts, Sister Agnes, Sister Pat and Tina (our tour guide) requested a song from our cast members, and they were happy to oblige with a beautiful A cappella rendition of “So Long, Farewell” as we departed!

Singing makes teens hungry … well, EVERYTHING seems to make teens hungry, so we bundled up, and sloshed off to “Otto’s Brauhaus” in Horsham for an authentic German buffet! Sia Balis, our host was gracious and welcoming, and the food was FANTASTIC! We enjoyed Sauerbraten, Schnitzel, Spaetzle and more, then finished with delicious lemon cheesecake with tons, and I do mean TONS … of whipped cream. As we were leaving, Sia showed us a German rhythm instrument called a Boom-Bah, so with Dave Boyd (producer, and Drama Dept Chair) providing the beat, our cast, once again burst into song and entertained the dining room with the lively, yodel-laden piece, “The Lonely Goatherd!” It’s so much fun to leave a room with applause! 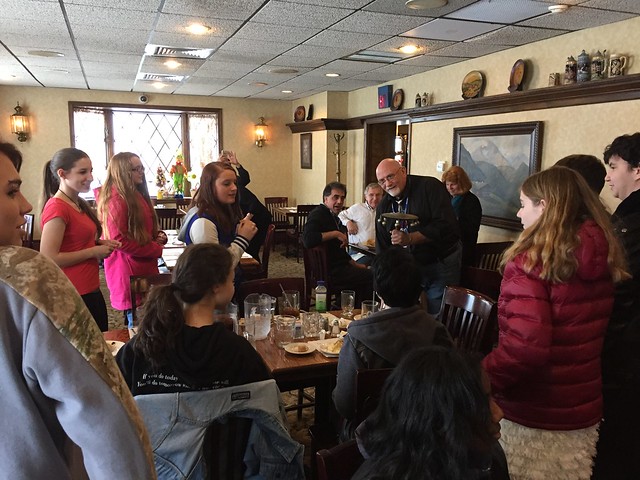