On Friday, March 4, 2016 the NHA choir took a trip to Philadelphia to participate in a workshop with the Penn Counterparts. First, the students, along with Dave Boyd, Cameron Stahl, Jenna Parrilla and Eric Jaber ate a hearty lunch at the New Deck Tavern. Next, the men of the Penn Counterparts, a nationally recognized acapella group took the choir on a tour of the University of Pennsylvania. The students took a picture next to the “LOVE” statue and listened to stories of the myths and traditions of UPenn. Next, the choir toured the Business school and sat in a gorgeous lecture hall. Finally after braving the cold, everyone went up to the Harnwell Rooftop Lounge and met the rest of the Penn Counterparts. The NHA choir got to mingle with the college stud 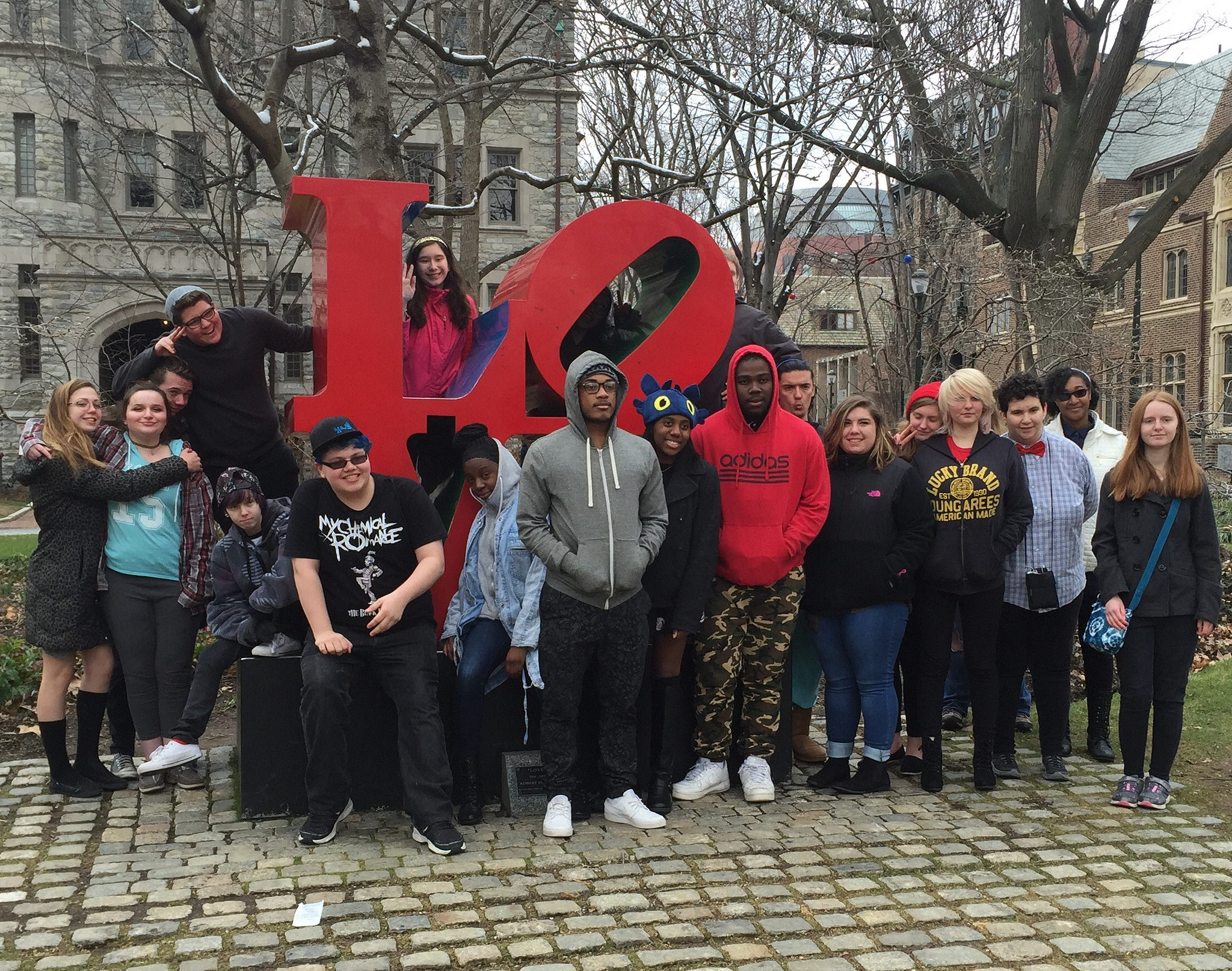 ents and listen to a few of the Counterparts’ favorite songs to perform. Anthony and Andrew, who are both beat boxers in the Counterparts gave a workshop on different styles of beat boxing, including dubstep and jazz beat boxing techniques. The kids then broke up into voice parts with the acapella group and learned an acapella cover of the song “Brokenhearted”, by Karmin. When both groups collaborated to sing the song, it sounded amazing. The field trip ended with a Q&A. The choir asked about on-campus clubs, living at school, and how to be a part of an acapella group in college. The students of both UPenn and New Hope Academy had an unforgettable day full of laughs, beat boxing and singing!