On Friday March 11, New Hope Academy was visited by an officer from The Continental Army. Major William Blake, an officer in the 6th PA Line, returning from leave to the army at Valley Forge, shared his vast knowledge of 18th Century American with the students of NHA. Topics ranged from food and supplies to wea 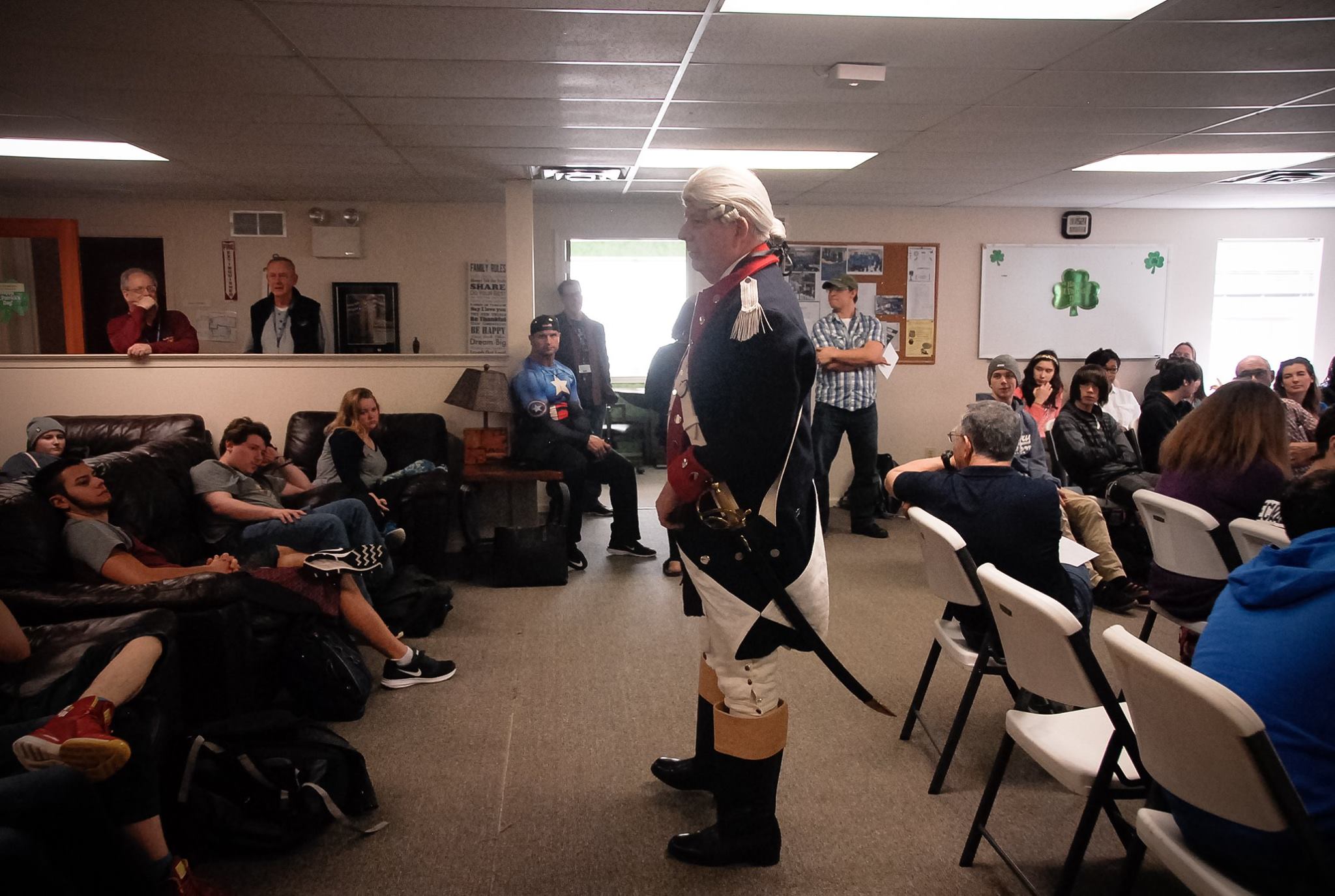 pons and battles. Some weapons that were on display and explained were a flintlock pistol and a musket with bayonet, a sword and a hatchet. Students asked the Major various questions about 18th Century America for about an hour. The questions ranged from, “How many battles have you fought in”, to “Have you ever had to seat your shoe because you had no food?”

One particular student asked if the Major also fought in the French and Indian war and is that where he gained valuable combat experience. The assembly could have lasted another half hour, but they had to break for lunch!