On November 10th 2015 New Hope Academy’s cast of Up the Down Staircase visited the Walnut Street Theater for a tour and acting workshop. The day was beautiful and the ride to the theater held much anticipation for what the day held for us. Upon arrival at the theater, we took a tour. We met our tour guide Ashley, who showed us the ins and out. During our tour we got to see many things most people don’t. We had the privilege of learning the history of the theater as we walked through the halls and viewed all of the pictures of each production they’ve done. 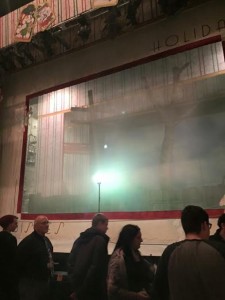 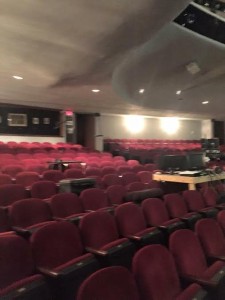 We had the opportunity of walking through the main stage while they were setting up their stage for A Christmas Story. Ashley then explained to us how their shows will work. Up to a thousand people come to see one of their productions every night. After walking out of the main stage, we walked upstairs and saw the wall of every actor or actress who’s ever set foot to act on the stage of the theater. It’s been there for as long as the building has been standing. 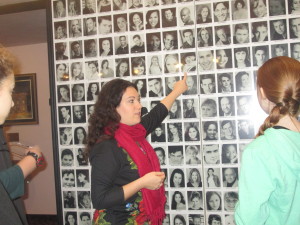 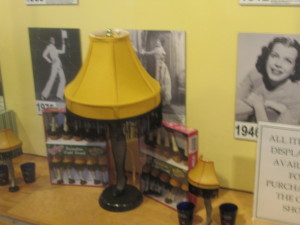 After our tour with Ashley, we went with Pat for our acting workshop upstairs in the rehearsal room. Pat is an actor and is a part of the education program at the Walnut Street Theater. He started us with a warm up technique that relaxed our muscles as well as a get to know you activity where we had to do an action while we said our name while we all stood in a circle.

The rest of the circle had to mimic the action with as well as the name as best we could. Then we played a few improvisation games to better our acting skills. Pat gave us a few tips on how to act out emotions with more purpose. 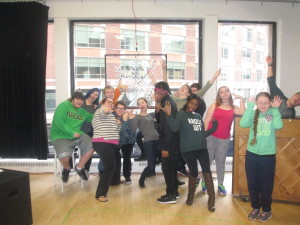 All of our acting and improving made us hungry, so we walked over to Milanos for a bite to eat. The food was delicious and very filling. During lunch we talked about how exited we were for our own production of Up the Down Staircase. Seeing all of the things we did made us excited for our upcoming tech week. After finishing our food we headed back to campus, stuffed and excited for our next rehearsal. 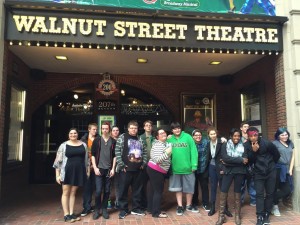